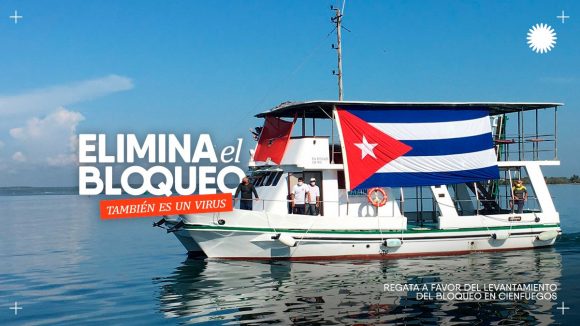 Friends of Cuba, emigrants and members of the solidarity movement with the island are participating today in more than 70 cities around the world in the Third World Caravan of Solidarity with this Antillean nation.

With marches, parades and other initiatives, the demonstrators are demanding an end to the economic, commercial and financial blockade maintained by the United States against Cuba for more than six decades, which has been intensified to unprecedented levels in recent years despite the international repudiation of this policy.

Cuba held today a regatta and caravans in support of the international day to demand an end to the U.S. blockade against the island.

The maritime activity took place in the Bay of Cienfuegos, in the center-south of the country, and brought together state and private vessels, water bicycles, boats, sailboats, canoes and kayaks, with flags and banners denouncing the U.S. blockade.

Due to the epidemiological situation caused by Covid-19, which prevents mass mobilizations, in several territories parades were held in cycles, conventional or electric motorcycles, among other means, such as the one scheduled to take place in the city of Ciego de Avila (center). 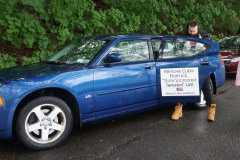 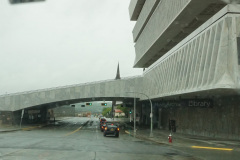 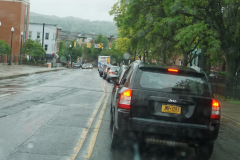 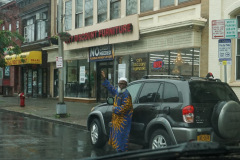 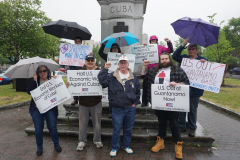 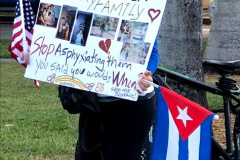 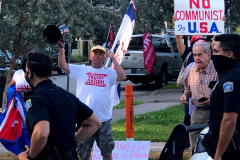 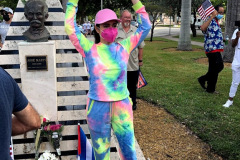 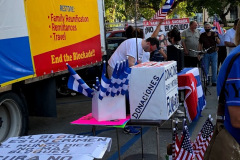 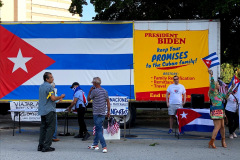 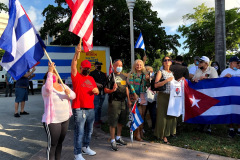 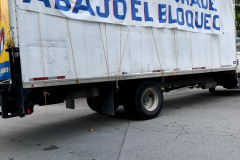 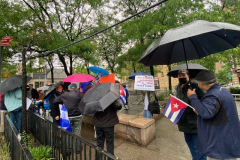 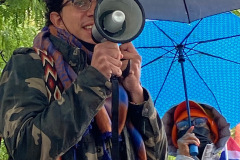 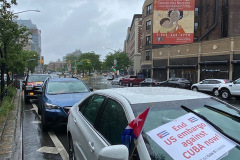 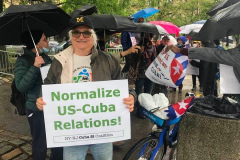 These actions are part of the Third World Caravan of Solidarity with the Island, which will also take place on social networks, to demand the end of the blockade imposed for six decades by the United States on Cuba, which has been intensified to unprecedented levels during the administration of Donald Trump (2017-2021).

The day before, hundreds of people mobilized in 40 cities in some twenty countries as part of this global day of support for the island, to be held until June 23.

Solidarity organizations in Angola demand an end to the U.S. blockade against Cuba

Organizations in solidarity with Cuba demanded today in Angola the end of the economic, financial and commercial blockade of the United States government against the Caribbean nation.

The statement, released by the Association of the Community of Cuban Residents in Angola (Accra), summarizes the feelings of several entities, Jorge Pantoja, one of the coordinators of the group in the city of Kilamba, on the outskirts of Luanda, told Prensa Latina.

The text, he said, points out the joint vision of Accra and the associations of Angolan-Cuban families, of former students trained on the island (the so-called Caimaneros) and of Angola-Cuba Friendship.

Likewise, it synthesizes the position of numerous people, who individually sent messages and photos as a sign of condemnation to Washington’s aggression, said Féliz Arozarena, member of the national board of Accra, who appreciated the growing contacts through social networks.

For the claimants, the blockade is ‘a genocidal and criminal policy against the Cuban family’, which has been in force for more than 60 years.

At the same time, they regret the decision of the White House to maintain Cuba on a list of state sponsors of terrorism; “with this action the government of President Joe Biden acts with cynicism”, the document indicates.

According to the denunciation, the current government of the northern power is determined to asphyxiate the Cuban people by maintaining the 243 additional measures dictated during the administration of President Donald Trump.

President Biden publicly stated that, although Cuba is not a high priority issue for the U.S. executive, a review process of the policy towards the Antillean country is underway.

So, if Cuba is not a priority and the review has not yet concluded, “how does the State Department explain the unfounded and mendacious singling out of our country on the issue of terrorism?” the letter asks.

Following the same logic, the organizations called attention to the incongruence between discourse and facts, as more than 240 unilateral coercive measures adopted by the Trump administration, including increased financial persecution and other extraterritorial provisions, remain in force.

On June 23, the General Assembly of the United Nations (UN) will vote on a new draft resolution on the need to put an end to the blockade, that is to say, this will be the 29th time that the highest body of the multilateral organization will pronounce itself on the issue.

Undoubtedly, the resolution will be approved by the vast majority of the international community, predicts the joint message disseminated by Accra.

The four groups also announced that they are preparing different initiatives to strengthen the voices of support for the Cuban people during the week prior to the UN vote.

“Enough of hatred, it is time to build bridges of love”, summarizes the document, whose promoters circulate through digital platforms.

Germany joins the actions against the blockade with a bicycle rally in Berlin and Dusseldorf.

More than 200 people participated in a bicycle rally in Berlin against the economic, commercial and financial blockade that the United States has applied to Cuba for more than six decades, diplomatic media reported today.

The demonstration, which was replicated in ten other German cities, is part of the worldwide UnBlock Cuba campaign as part of the actions seeking support for the vote in the United Nations General Assembly against this policy of Washington, on June 23.

The caravan here was organized by the Berlin-Cuba Friendship Association, with the cooperation of other organizations such as the Cuba Si Working Group of the Die Linke (The Left) party and the Interbrigadas youth group.

The six-kilometer route began in front of the diplomatic headquarters of Cuba in Germany, where artists from both countries performed.

The president of the Berlin-Cuba Friendship Association Jutta Kausch-Henken and Ambassador Ramón Ripoll referred to the effects of U.S. hostility against the Cuban people and the need to mobilize tirelessly until this policy is eliminated.

After making stops at central locations for public events, the caravan ended at the Brandenburg Gate, next to the U.S. Embassy in Germany.

Federal Deputy Sevim Dagdelen, vice-president of the parliamentary group of The Left party, in her central speech rejected the US blockade.

Demonstrations in support of Cuba and its Revolution were also held in several state capitals such as Bremen, Hamburg, Munich, Gera, Stuttgart, and Dusseldorf (another bicycle rally was held), and in Frankfurt 60 balloons were released in the colors of the Cuban flag.

While in cities such as Chemnitz, Dortmund, Hannover, Nuremberg, Oberhausen and Schwerte solidarity actions were carried out, characterized by the participation of German citizens, Cuban residents, and those from other countries, mobilized by various organizations, such as Cuba Solidarity Network, the RFA-Cuba, and Berlin-Cuba Friendship Associations, the Granma Solidarity Association, Humanitarian Aid, the working group of the La Izquierda Cuba Sí party, the Bremen-Cuba group, Ecomujer, the youth of Interbrigadas and the Tamara Bunke Project.

“Biden, lift the sanctions, fulfill your electoral promises, said Carlos Lazo, coordinator of the Bridges of Love movement, whose main objective is to fight against these punitive measures that mainly affect Cuban families.

All of us who are gathered here are voting for you, in the hope that this siege that affects above all the Cuban people will be lifted, added the activist, one of the main organizers of the caravans against unilateral sanctions that are taking place this Sunday in more than 70 cities around the world.

During a live intervention through his Facebook account, Lazo reiterated his confidence that “we are going to lift the embargo (blockade), let there be no doubt about it,” and urged his compatriots to move forward “because we were never cowards, and may the Virgin of Charity of Cobre, Patroness of Cuba, cover us with her mantle”.

In information sent to Prensa Latina the day before, Lazo reiterated that the objective of these activities is to demand the end of those unilateral sanctions that affect the people of the largest of the Antilles and that were reinforced during the administration of Donald Trump.

According to Lazo, the participants in this Third Caravan also demand from President Biden the resumption of the family reunification plan suspended by his predecessor in 2017.

In particular, the participants demand the reopening of the consular services of the U.S. embassy in Havana and the remittance service to the largest of the Antilles.

According to the statement, the objective is also to demand the return of the Cuban territory illegally occupied by the Guantanamo Naval Base, in the east of the island, and the exit of the largest of the Antilles from the spurious list of nations that according to Washington sponsor terrorism or do not cooperate in the fight against that scourge.

In his note, the activist sent a partial list of the places where these events will be held, which in the city of Miami, Florida, already took place this morning, at the monument to the National Hero José Martí located in Coral Gables.

Other events are also taking place in Los Angeles, San Francisco and San Diego, California; as well as in Seattle, Washington; while in Canada there will be demonstrations like these in Vancouver, Ottawa and Montreal, all with the objective of demanding the end of the economic, commercial and financial blockade against Cuba.

MALAGA: Balloons in the colors of Cuba against the U.S. blockade

From Malaga, members of the La Avellaneda Association and Andalusians of the Hispanic-Cuban Association of Malaga, held a rally for the lifting of the US blockade against Cuba in the Plaza de la Alameda Principal.

1,644 thoughts on “More than 70 cities join the world campaign against the blockade: 20 countries have participated to date”