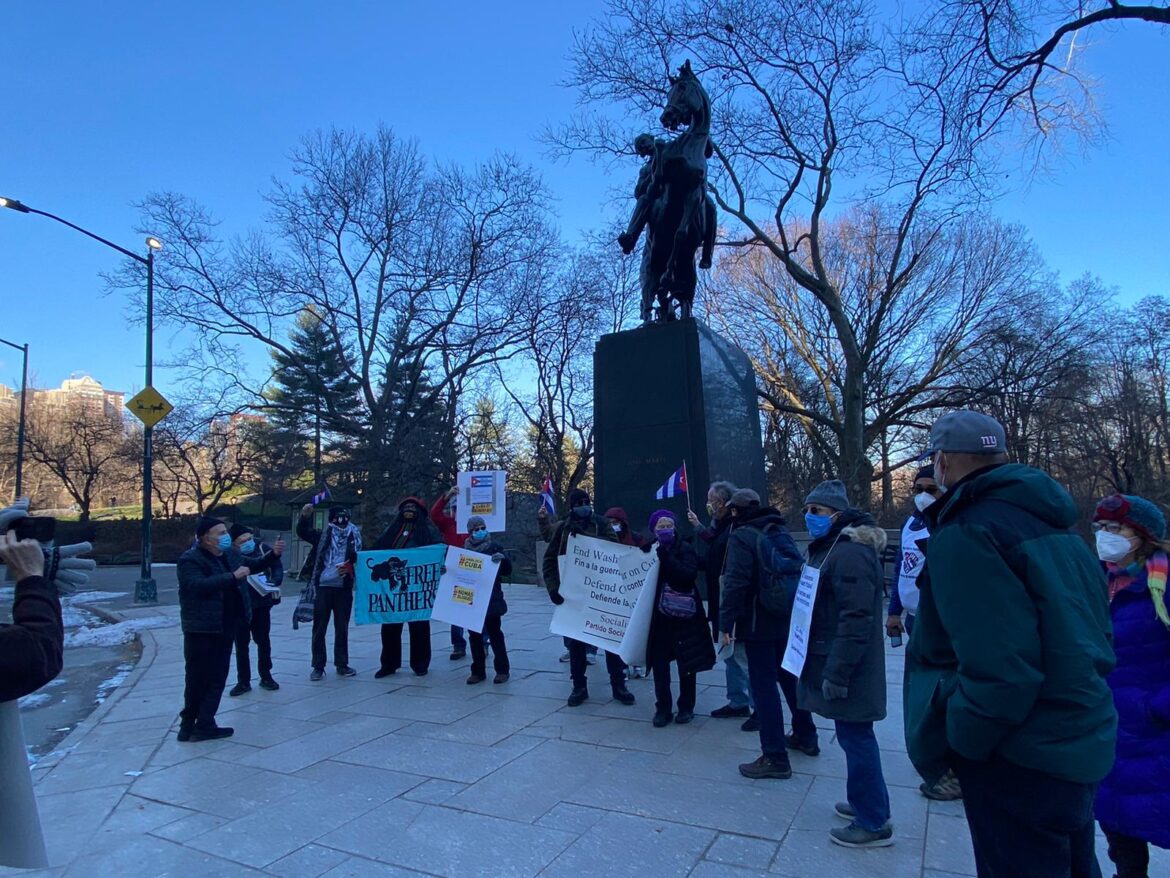 For sixty years every Democratic and Republican administration has blockaded Cuba, violated Cuba’s sovereignty and sought to overthrow its government. Under the Trump administration, increased draconian measures have severely impacted Cubans and US residents. For the benefit of all we need travel, education, medical, scientific, and cultural relations normalized.

Here in New York City, we are joining with other solidarity groups through out this nation to demand an end to the blockade, lift the embargo and end the horrific sanctions that are hurting the Cuban people. Cuba is a sovereign nation yet Washington continues to attack it and its international medical teams which are now in 39 countries helping battle Covid-19.